Tate Britain curator, Caroline Corbeau-Parsons, gave an exclusive talk on her exhibition of works by French artists who sought refuge in 1870s London, when France was ravaged by the Franco-Prussian war and Paris Commune.  These artists, although outsiders, transformed the way in which London was represented.  Caroline Corbeau-Parsons undertook research for the National Maritime Museum, mostly on 19th-century portraiture, and worked at Watts Gallery before becoming Senior Editor of the Philip de László catalogue raisonné.  In 2010 she was co-curator of the exhibition Philip de László: Portraits at the National Portrait Gallery, and co-authored his biography (Yale University Press).  She joined Tate in 2012, working on acquisitions, displays and exhibitions including Pre-Raphaelites: Victorian Avant-Garde, Sculpture Victorious, and Artist and Empire.

We are grateful to David Bellingham of the Sotheby’s Institute of Art who very generously sponsored this event. 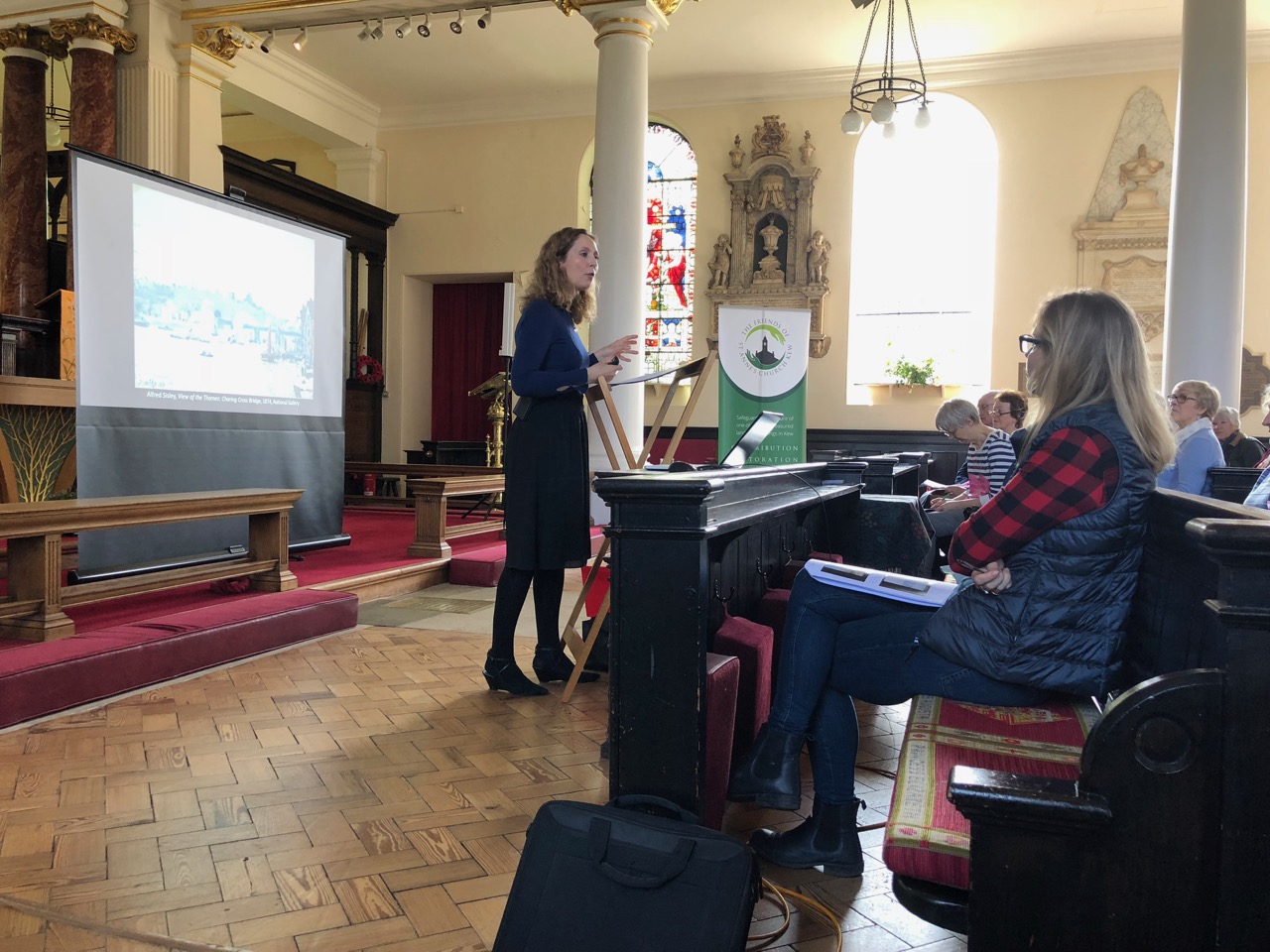 Your donation is appreciated - Links will be forwarded upon registration

Make a donation to the Friends

We are always grateful for donations to support our work. You may make a one-off payment by credit or debit card using our secure online payments system. Please enter the amount in pounds without the '£' sign, e.g. enter '10' to make a donation of £10.  We only accept payments from cards issued in the UK.